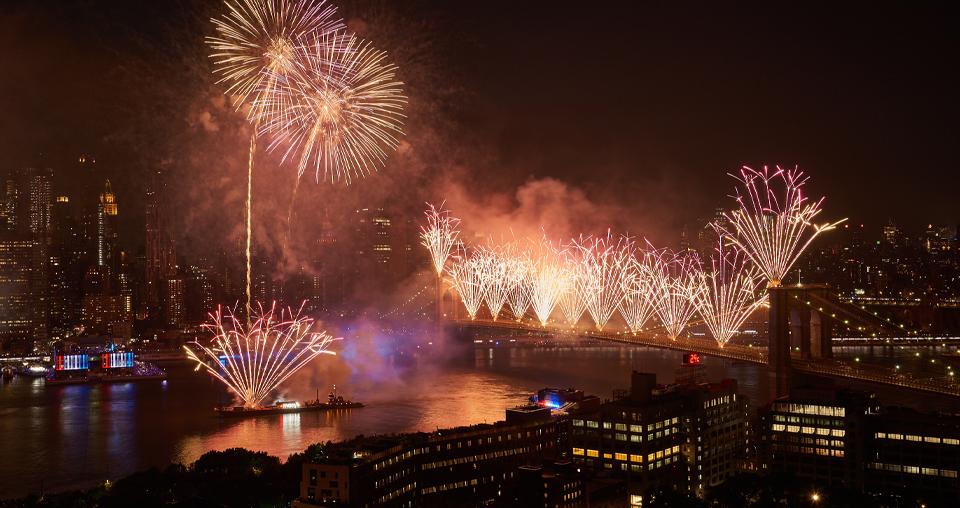 Even a tag team of Fred Rogers and Bob Ross would be challenged by these last five months. But there are things to make you dream on a midsummer night. Consider beer.

The top-selling beers in the United States include Bud Light, Coors Light, Budweiser, Miller Lite, and Michelob Ultra. No wonder that hard seltzer is rising fast.

But, with the Fourth of July ready to ignite fireworks, you’ll enjoy a six-pack of brews that does the same. They’re sparklers.

Begin with the hoppy and lightly bubbly Anchor Liberty Ale (★★★★), a celebratory choice from Anchor Brewing Company since 1975. The balanced ale was made to honor Paul Revere’s ride. Enjoy it at midnight and all day, daytime and all year. The forerunner of the IPA revolution, it’s easily one of the American essentials, from the San Francisco craft brewery that also stars with Anchor Steam Beer (★★★★).

Savor a taste of pilsner from Victory Brewing Company in Downingtown, Pennsylvania. Victory Prima Pils (★★★★) has a classic German accent, smooth and crisp with hints of citrus and spice. Not as complex as Prima Pils, but a refreshing mouthful: Victory Classic (★★) lager, a reward on a very humid day.

In tribute to the nation’s first state, Delaware, pick an IPA from Dogfish Head Brewery, based in Milton. There are several. But start with the continually hopped, bold, and flavor-packed 90 Minute IPA (★★★★). Dogfish Head’s Liquid Truth Serum IPA (★★) is all hopped up and hinting of tropical fruit. Light and right.

Although it needs no more words of praise, sample the very popular and dependably terrific Sierra Nevada Pale Ale (★★★★). The aromatic brew from Sierra Nevada Brewing Co. in Chico, California is the paradigm of the style. Sierra Nevada’s Summerfest (★★) is a gilded, floral, and exceedingly drinkable seasonal to cool off a hot night.

Allagash Brewing Company of Portland, Maine produces a standout Belgian-style wheat beer, Allagash White (★★★★), a year-rounder. that dates to 1995. The hazy, invigorating brew is spiced with Curacao orange peel and with coriander.

DraftBottle is a stainless steel-insulated container for beer. Pour your brew in from its bottle or from a growler, up to 22 ounces. The vacuum-sealed, powder-coated production is sure to keep your summer favorite as cold as you want it to be. Perfect for the picnic and the beach. $24.99. Available at draftbottle.com

OPEN ONE… OR A DOZEN

Capski makes this wall-mount bottle opener, which attaches to almost any surface without either screws or glue. The patented grip makes it portable and practical. No hardware. Available at amazon.com. $14 or $15.

Good and better Bordeaux wine doesn’t have to cost you your last Euro. Here are five, one each for liberty, equality, and fraternity, and another two for the party to follow on July 14.

The 2015 Chateau Le Grand Moulin, Blaye Cotes de Bordeaux (★★ $30) delivers a ripe red blend, with notes of black cherry, mint, and flowers. It’s primarily merlot, medium-bodied, and fine either as a sipper or with grilled beef.

The “New World Frappe” brings a French twist with it: absinthe. 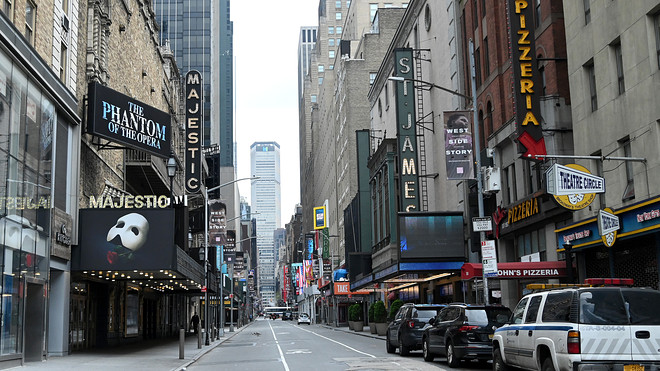 Yes, Broadway shows. None at least until the new year.

The virus already had claimed the long-anticipated revival of Edward Albee’s visceral powerhouse, “Who’s Afraid of Virginia Woolf,” starring Laurie Metcalf and Rupert Everett. It was in previews when all the curtains fell on March 12.

So, it’s time to substitute.

You can, of course, return to Mike Nichols’ 1966 movie of “Woolf,” with peak performances by Elizabeth Taylor and Richard Burton, Sandy Dennis and George Segal. Nominated for 13 Oscars, it won five, including statuettes for Nichols, Taylor, and Dennis.

Or you can revel in two immortal movies about Broadway.

There isn’t a better one than Joseph L. Mankiewicz’s razor-sharp, supremely entertaining comedy-drama, “All About Eve” (1950), which features the best performance of Bette Davis’ career; an unforgettable portrayal of a theater columnist-critic-cad by George Sanders; and a timeless screenplay by the director.

Nominated for a record 14 Academy Awards, it won six. Mankiewicz: two. Sanders: one. Davis: none.  Then again, Gloria Swanson, her rival, in “Sunset Blvd.,” didn’t win, either. They both lost to Judy Holliday in “Born Yesterday.” Misdemeanor or felony?

And, naturally, Mel Brooks’ “The Producers” (1968). Not the musical, the original. Zero Mostel, Gene Wilder, Dick Shawn, and Kenneth Mars lead the players. Brooks won an Oscar his screenplay; Wilder didn’t, but he should have as accountant Leo Bloom. For anyone who hasn’t seen this comedy, find it now. For all who have, laugh uncontrollably again.

Parmigiano-Reggiano, the royalty of Italian cheeses, was made in the 13th Century and likely before then, too. It’s produced today in Parma, Reggio Emilia, Modena, Bologna west of the Reno River, and Mantua, south of the Po.

You’ll identify the provenance by the inscription stamps that give month and year of production and the cheese house registration number, and by the pin dot-pattern with which Parmigiano-Reggiano is embossed around the rind. The hand-crafted, golden wheels will age from one year to three.

Parmigiano-Reggiano is a protected designation under Italian and European law, as is “Parmesan.” About 18 percent of the milk produced in Italy goes into more than 3.5 million wheels, which total 35,000-plus metric tons.

I’ve been told that I liked Parmesan cheese since first tasting a little spoonful as a toddler. My earliest memory of that pleasure: 4 or 5 years old – Parmesan grated very generously on my grandmother’s fresh, tomato-sauced pasta. Over the years, I’ve probably spoken too much about how much I enjoy the creamy, grainy cheese.

On Father’s Day, brought in on the red, Little Tikes pull-along wagon that once carried my two daughters, the 96-pound wheel shown above was rolled in, boxed and with a big bow.

That night, after slicing off the top third, and tasting the freshest possible nuggets along the way, the cutting and scraping began. Adding flaming brandy to start the melting inside, a bowl was fashioned. The main course was ready to be made: bucatini, freshly cooked and hot, sauced by twirling the pasta in the wheel for the ultimate macaroni and cheese – and more.

For so many reasons, the meal of the year.